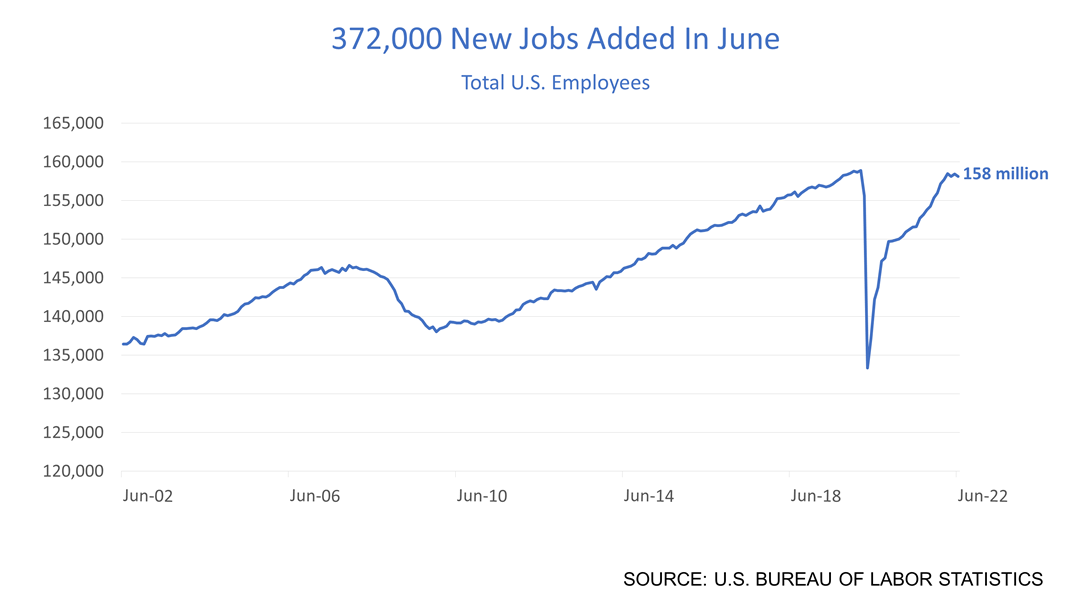 The U.S. economy added 372,000 new jobs in June, easing fears of a recession. Strong job creation makes a three-quarter of 1% rate hike likely on July 27, when the Federal Reserve releases its next policy statement.

The Wednesday, July 13, 8:30 a.m. ET, Consumer Price Index (CPI) release is the next important economic indicator to watch. If the pace of inflation eases, as measured by the CPI, then a “soft landing” could still be possible, and a recession may be avoided while the Fed fights to prevent a high-inflation mentality from becoming a permanent feature of the American consumer’s financial psyche.

Notably, the number of full-time employees grew to 158 million in June. That’s about 700,000 fewer employees than at the last peak in the number of U.S. employees in February 2020, just before the pandemic struck. However, the labor participation rate declined, and the labor market is tight, which puts pressure on wages.

This is a complicated period in American financial history. While our weekly updates try hard to simplify investments news, these concepts are complicated and making decisions strategically is not so easy. The tumult we have lived through since February 2020 is an unusual event in world financial history. It’s a time when professional advice makes sense. 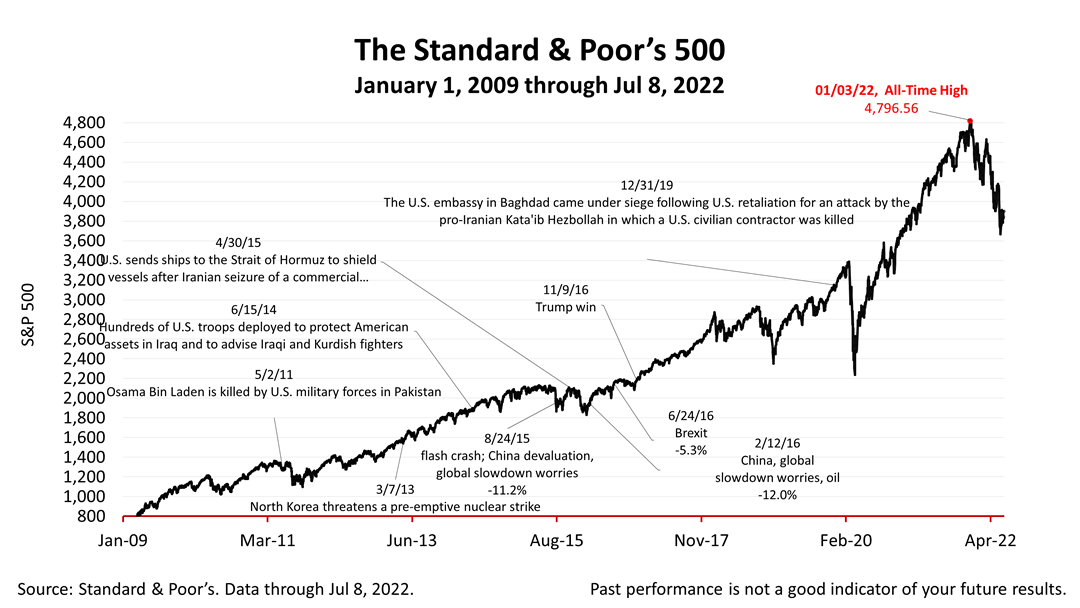