The Facts About The Current State Of Financial Economic Dissonance

The economy shrank 1.4% last quarter but is expected to grow 2.7% in the next four quarters. Economist Fritz Meyer, at a webinar for financial professionals today, called the state of financial economic conditions “cognitive dissonance,” which is defined as the discomfort felt when two or more thoughts contradict each other. Here’s a factual perspective of the clashing cognitions of financial economic conditions currently. 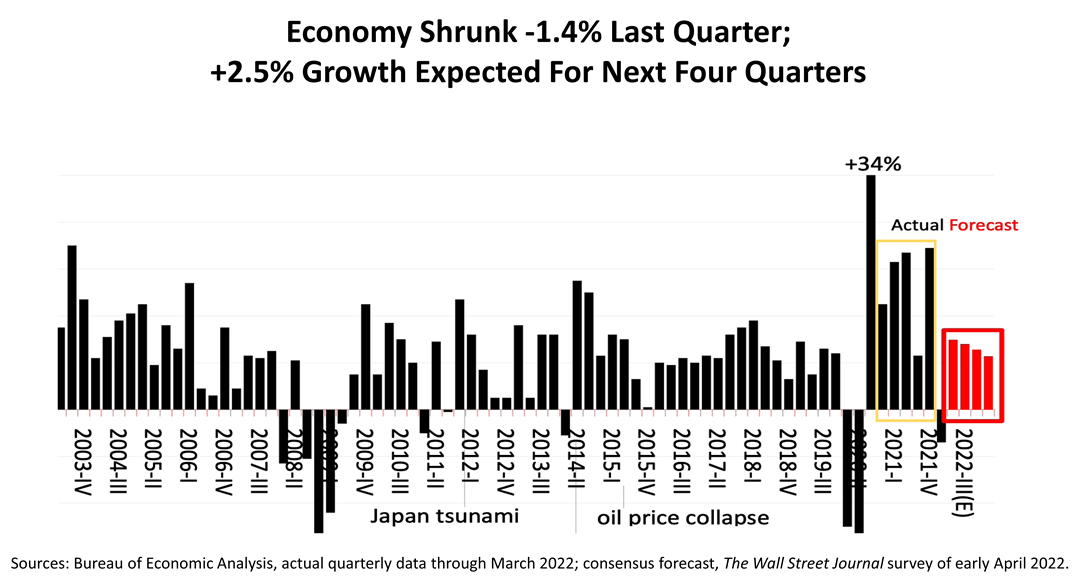 The most recent consensus forecast of leading economists surveyed by The Wall Street Journal was for a 2.7% quarterly average growth rate through March 31,2023. The survey was conducted two-and-a-half months after Russia invaded Ukraine. By then, inflation was at a 40-year high, due to the higher price of oil and lingering pandemic-related supply chain problems. However, the consensus forecast of the 60 economists surveyed by The Journal was for a stronger growth rate in the next four quarters than the 2.5% averaged in the four quarters before the pandemic.  That’s strong growth expected.

The consensus of leading economists could be wrong. No one knows for certain if the Fed will be able to eliminate raging inflation without tipping the economy into a recession. That kind of risk comes with owning stocks.  If the situation seems grim, be glad for it! 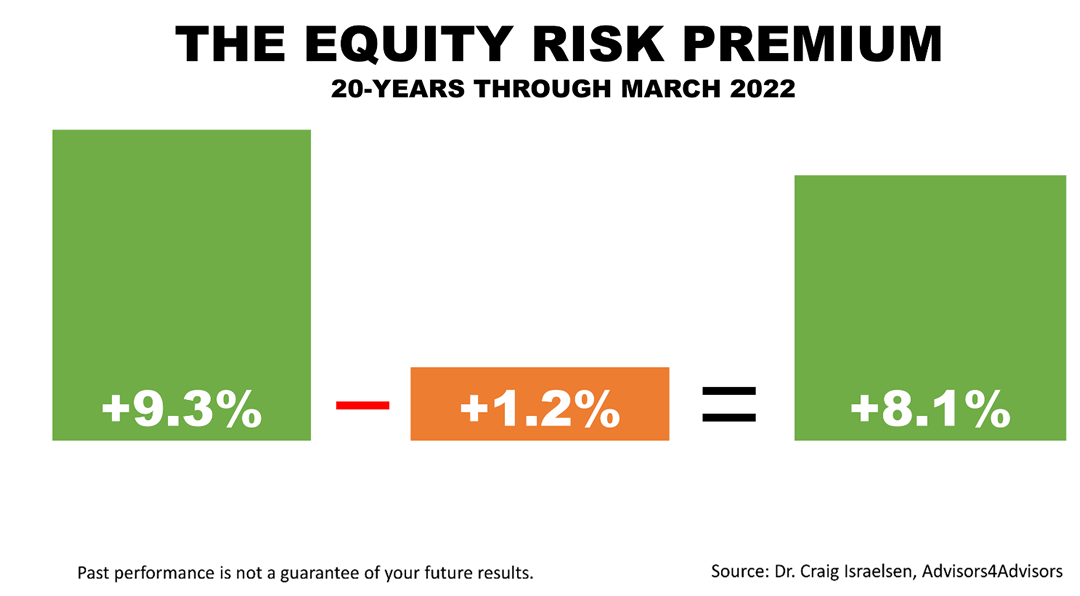 Because the stock market is risky, equities pay a higher return than less risky investments, according to modern portfolio theory, which is taught at colleges and universities worldwide.

For Investors, 2022 Is Turning Into A Test
Why Black and White Cookies Are So Delicious