The Good News Is All This Bad News 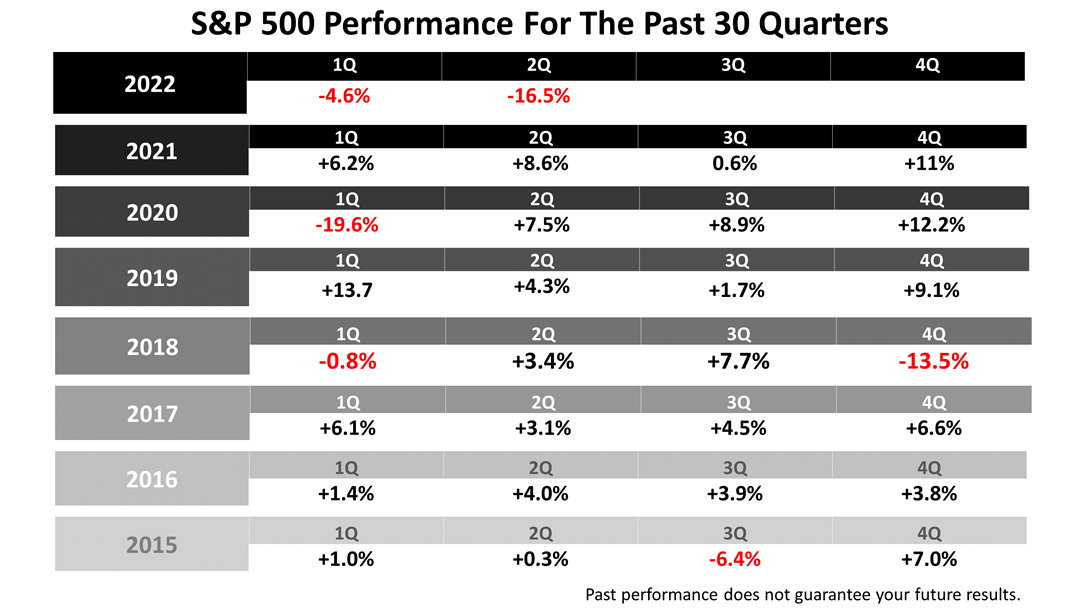 Bad news on the economy and stock market seem to be mounting, which may be a good sign. Here’s the bad and good news a long-term investor needs to know.

In addition, economic fundamentals were also weaker, according to government data released this past week.

The Institute of Supply Management report on purchasing activity in the manufacturing sector dropped to 53%. An index reading of 50% or more is positive. Though the index is still positive, manufacturing purchasing activity has been in a stair-step plunge for 13 months, and the pipeline of new orders is weak. One of 10 components in the index, New Orders slowed to 49.2%, which was below the 50% demarcation line separating growth from contraction -- not a good sign. “The manufacturing economy is growing but at a slowing rate and perhaps headed for recessionary readings,” says economist Fritz Meyer. 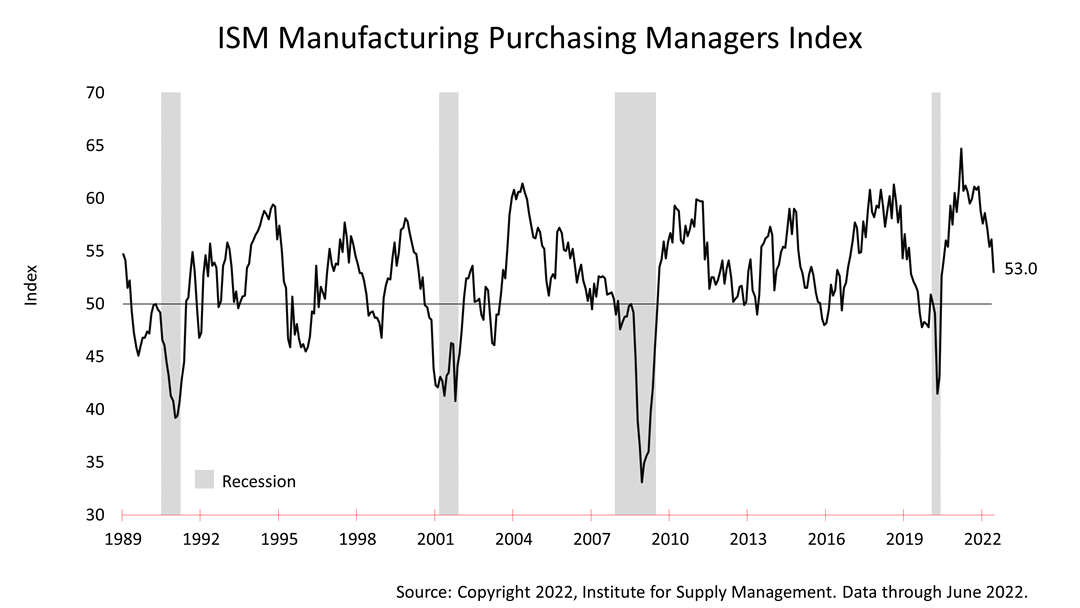 Inflation is cutting into real income. According to data released this past week, real disposable personal income (DPI) per capita was down -3.6% in the 12 months ended May 2022. To be clear, purchasing power shrunk. This chart highlights the after-inflation impact of reduction in DPI per capita in the last 12 months.

The savings rate of Americans has declined sharply, indicating consumers are tapping cash built up in 2020 and 2021, when unemployment benefits increased, and the U.S. Government made transfer payments to keep the economy from contracting sharply during the pandemic at an unprecedented level. 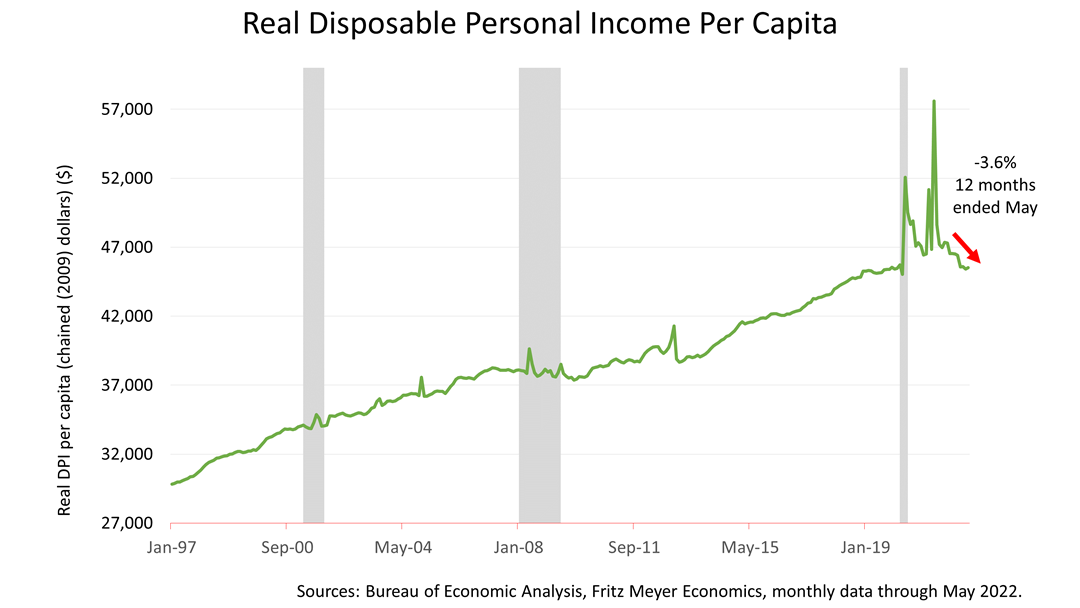 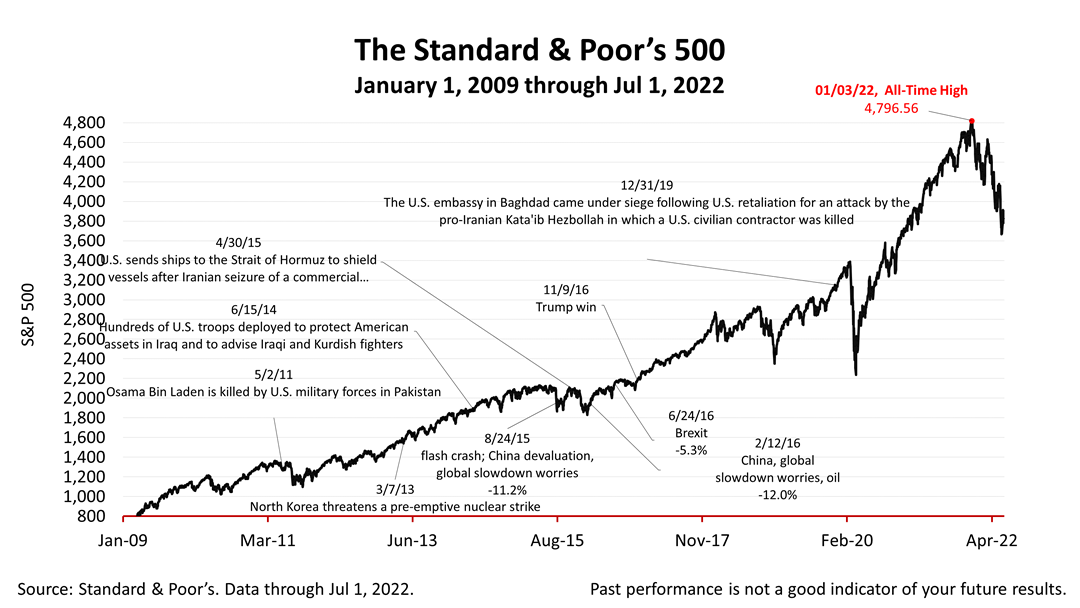